The world is faced with a pandemic that is threatening human existence across the globe prompting many world leaders taking desperate measures to control the corona virus disaster meanwhile in another area men of the underworld whose major interest is bloodshed defied the 24-hour curfew imposed by Kaduna State Government in order to stop the spread of the deadly Corona virus in the state, invaded three communities and killed 11 people, including a traditional ruler.

Many other dreadful terrorist organizations have ceased their attacks because of the Covid-19 that has no friend but here in Nigeria, gunmen are taking advantage of armless civilians and brutally kidnapping, maiming and killing their fellow humans.
A statement by the Public Relations Officer, Southern Kaduna Peoples Union (SOKAPU)
Luka Binniyat, on Tuesday evening said the attacks took place in Guruku ward, Kuduru village both in Chikun Local Government Area and Jagindi, in Jema’a Local LGA. 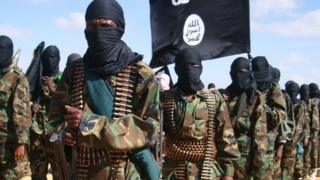 According to him, on Monday, the District Head of Jagidi, Jama’a LGA, Mr. Danlami Barde, and his brother, Musa Barde, were killed when suspected herdsmen attacked the community.
Source: Dailypost

CHECK OUT THESE HOT SECTION

Igede: I faked my death to avoid financial pressure from my mother ― Adiya

Music: The Hustle by Yungbobbi

Igede: I faked my death to avoid financial pressure from my mother ― Adiya